Late summer has always been one of my favorite times of year to go creek fishing, and this year has been no exception. By this point in the year the water levels have dropped too far to be able to navigate in a kayak so bank fishing is the best option. My favorite way to approach fishing a creek is to put bait on two rods and a lure on the other.

I always like to fish a deep stretch right after some shallow rapids because these places tend to trap fish. I hiked my way to the first spot that had these features, and quickly hooked into a few fish. The first fish that fell for the inline spinner was a gorgeous little Shortnose Gar

Not long after that I little Hybrid Striped Bass took the spinner. This one hit right on at the shade line from the trees. 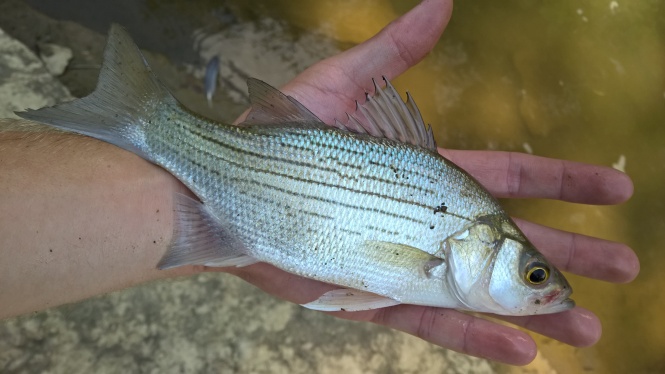 After that little fish the action slowed down, but I did managed to tempt a few Freshwater Drum with some nightcrawlers. 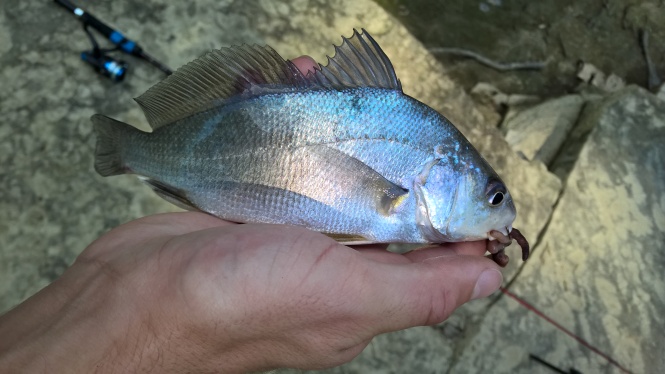 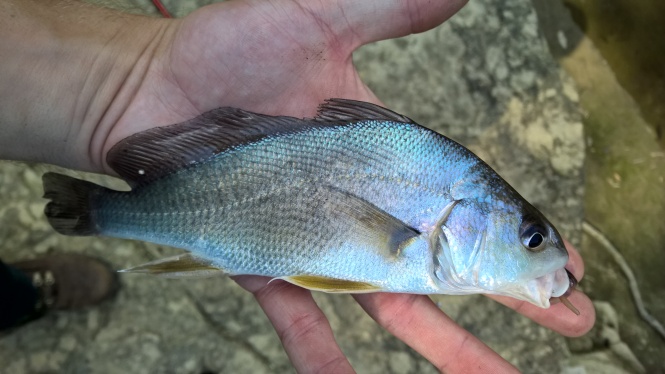 I switched spots to a bend in the creek after about a half hour with out a bite. As soon as my bait touched the water an aggressive Longear Sunfish took my worm. This has to be one of the prettiest Longear Sunfish I have ever caught.

At this point I was simply amazed I hadn’t hooked into any catfish so I moved further downstream to a well known log jam. I suspended my bait about a foot above a half ounce sinker and bounced this rig along the bottom with the current. This method quickly enticed a little Channel Catfish.

At this point I was mostly out of bait and the temperature was reaching the upper 90’s so I decided to call it quits. I was proud of all the fish I caught, and I was especially excited to land a gar (it was been a few months since I’ve gotten one all the way to the bank to photograph). Hopefully I get a chance to fish Pigeon Creek again before the fall leaves make it too difficult to fish.